So you have this great idea for a short, a feature or even a TV show, but you just don’t know how to get going? Well, this workshop is for you. I’m a writer, editor and director with over 25 years of experience in filmmaking. Aside from covering more practical aspects, such as how to format a screenplay, we’ll explore how to develop an overall arc for your story and your characters, how best to set up convincing antagonisms, surprising, yet relatable, plot turns, engaging stakes and last, but certainly not least, how to write a marketable pitch.

5 sessions of 2 hours. The registration fee covers all 5 sessions.

Wiebke von Carolsfeld is a Montreal-based filmmaker. Her directorial debut Marion Bridge (introducing Ellen Page) won many awards including Best First Feature at TIFF and Sudbury, inclusion in Canada’s Top 10, and a nomination for Best Direction from the DGC. Since, Wiebke wrote and directed Walk With Us,  STAY, (a Canadian/Irish co-production), and The Saver, which received nominations from the CSA, DGC, WGC, AIFF, winning among others Best Screenplay from the Chlotrudis Society. Wiebke has edited many feature films (Eisenstein (Genie Award Nomination), The Five Senses, Fugitive Pieces etc), works as a script analyst as well as editor, and has taught classes on screenwriting, filmmaking and the creative process in general (Bates College, QWF, York University, WIFT Atlantic, scriptEast/Poland et al). 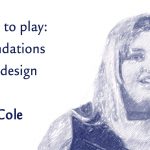 Learning to play: The foundations of game design (6-week workshop)