WEEK 1 :
MAPPING OUT YOUR PROJECT AND ASKING YOURSELF THE RIGHT QUESTIONS (Main topics: working without money, gaining access, building trust)

WEEK 2 :
OBSERVING WITH A CAMERA AND CONSTRUCTING A DOCUMENTARY POINT OF VIEW (Main topics : Choosing your equipment, thinking about the offscreen, the power of sound)

Exercise for the two-week break :
Based on discussions from the first two weeks, shoot a 2 to 3-minute-long observational documentary thinking about 1) having an authentic relationship with your character and 2) constructing a documentary point of view.

WEEK 3 :
DISCUSSION AROUND FILMS FROM THE PARTICIPANTS + THE DOCUMENTARY INTERVIEW

WEEK 4 :
THE LIMITS OF DIY DOCUMENTARY (Main topics: Collaborating with an editor, a sound designer and editor, a colorist) 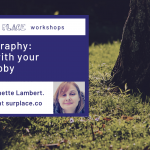 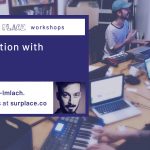