Have you always wanted to write songs but were too intimated? Or, are you a professional songwriter longing for accountability and feedback?

Like the Greek Goddess Athena who was born fully formed from her father Zeus’ head, there is a myth that songs come to us in a moment of inspiration. While it’s true that some songs make a magical appearance, for the most part there is a craft to songwriting that few people know about, discuss or even understand.

How do we know if an idea is solid enough to inspire a song? What’s the difference between a ballad and a 3 minute pop song? What are our choices when it comes to rhyming schemes and how do we maintain a flow when scanning lyrics to melody? How do we write a thrilling pre-chorus and what makes a song have an impact?

Art is usually not created in a void. We need others for inspiration, tool ideas and feedback. In each session we will learn a new skill, share what we are working on, and gain valuable feedback. Think of this class as part tool building and part market research. See how others respond to your songs to see if you are getting your message across effectively and powerfully.

Along with a weekly songwriting assignment, this workshop covers transforming ideas into results, genre and structure, rhyming patterns, and lyrical storytelling. Athena teaches from a place of positivity, generosity and inspiration. Expect passion, connection and fun!

Athena’s music is often compared to Annie Lennox, Adele and Lady Gaga. Her music videos charted #1 on MTV LOGO and her song “Love is Love” won Best Pop Song at the Outmusic Awards. Nominations include Artist of the Year, Album of the Year and Humanitarian Songwriter of the Year. She has toured across North America and Europe and shared the stage with Sarah McLachlan, Jim Carrey and Janeane Garofalo. She has released 5 albums and 3 dance EP’s. Her lyrics are on display at the International Museum for Peace and Solidarity in Uzbekistan and she was commissioned to write poetry for the New York Aquarium by the Wildlife Conservation Society. Her music has also been accepted into the New York Performing Arts Library at Lincoln Centre. She holds a BFA in Music from Concordia University, and deepened her craft through master classes at the Songwriters Hall of Fame in New York.

This class is open to all levels. Even if you cannot play an instrument but have a tune stuck in your head or a lyrical idea you just know would make a great song, this class can take you to your next level. Or, if you are a professional songwriter but thrive best when there’s community and feedback, this class can be your best friend!

Paper, pen or computer. A simple recording device such as a voice memo app on your phone. Instruments such as guitar or piano if you play one. Highly recommended accompanying reading (we will be referring directly to a few sections): Jimmy Webb’s Tunesmith: Inside the Art of Songwriting, available here. 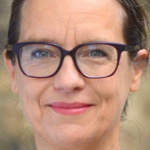