Simon Kessler is a French documentary filmmaker based between Montreal and Paris. He has directed and developed a number of documentaries for network television, including the National Geographic and Planète+ channels. His documentary AF447: In Search of Flight AF447 has been featured by the Guardian, France Inter, Radio-France International and Radio-Canada. In addition to his television work, Simon has developed a number of self-produced short documentaries. His personal practice privileges intimate portraits of people, places and institutions in interstitial moments. Check out his IMDB resume here.

Click here to return to the workshops catalog for general information about workshops, and answers to frequently asked questions.

If the above form doesn't display properly click here: go to survey

One schedule  for a group of 6-8 participants. Fill out the flexible sign-up form to register and tell us about your creative practice. The price is $100 for four sessions.

This workshop is open to any experience level, but is best suited for people who are beginning to develop their documentary film practice. Participants are encouraged to come with a project idea they would like to develop over the course of the workshop. By the end of the workshop, participants can expect to come away with the tools to start their own documentary projects. 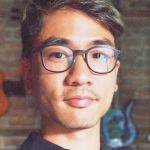