Making a Scene: a Screenwriting Workshop

The single most important building block to a successful screenplay is a scene, so in this workshop we will explore how to write a great one.

The devil is in the details, and never is that more true than in the movies. The single most important building block to a successful screenplay is a scene, so in this workshop we will explore how to write a great one.

We will discuss how to give each scene a strong arc, making sure that it pushes the overall story forward, while revealing character through action and dialogues. We will discuss how to deal with exposition, character descriptions, action, formatting and finally how to write believable and entertaining dialogues. Participants will workshop scenes from their projects, learning what makes a scene great and what to do to make it even better The workshop runs for 4 weeks, two hours per session.

Wiebke von Carolsfeld is an award-winning writer and filmmaker, who has directed three critically acclaimed theatrical feature films (Marion Bridge, STAY, The Saver), Her films have played at festivals around the world (TIFF, Rotterdam (competition), Karlovy Vary, Sydney, Pusan etc), winning many awards including Best First Feature at TIFF. Claremont, her first novel, was published to much acclaim in the fall of 2019. The German edition, by Kiepenheuer&Witsch, is forthcoming.

“Loved it. Have taken several writing workshops and the information [Wiebke] provided was thought provoking and really was essential to creating great scenes.”

“The class had a great balance between lectures and hands on work. The lectures were never boring to me.” 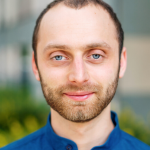 Behind the Camera: an Introduction to Self-produced Documentary FilmFilmmaking