Where Does it Say THAT!? A Text Analysis Workshop

In this workshop we’ll look at that devil of a topic, script analysis, and touch on all the things we need to think about when considering a script or a role.

In this workshop we’ll look at that devil of a topic, script analysis, and touch on all the things we need to think about when considering a script or a role. It’s devilish because there are so many aspects to it, so at first it seems gigantic. It’s definitely going to happen that someone tells you “hey, your character is supposed to be like this!” and you’re thinking “Really? Where does it say THAT!?” Is it just that person’s opinion, or some kind of performance tradition, or is it really indicated in the text somehow? But as we go through the course we’ll find that while there are many things to consider, the methods of how to consider them can be quite simple and become part of the exciting discovery process. Little clues become exciting discoveries that can change everything, and even the writing style will start to make more sense. We may sometimes have to play Sherlock Holmes to figure something out, but we also get to play Dr. Watson and dramatize it, so we get the full reward for our efforts!
This workshop will involve reading at home as well as together in the sessions, discussing the work and the playwright, and will have active and group activities throughout. Depending on who enrolls, we may also have the ability to have actors play out the scenes based on your script analysis, so that we can see the immediate effects of your discoveries. This workshop will be focused primarily on theatre scripts, and is open to anyone at all, which can include actors, directors, designers, or others who are interested.

Peter Giser is a director, actor and singer who has been performing for over 20 years in Montreal and New York. Originally trained as a musical performer, Peter turned more fully towards acting while in New York, studying at the Strasberg School and later becoming a member of The Michael Chekhov Theatre Company. Peter also began producing and directing in New York, which he now continues to do in Montreal through his own theatre company, Snowglobe Theatre. His knowledge and training include Stanislavski work, Strasberg, Meisner, Michael Chekhov technique, Shakespeare performance, and commedia, among other styles and methods. Peter puts a large focus on developing talent and skills, and has been offering workshops in Montreal to the artistic community since 2019.

We’ll start with two short scripts that I’ll send out prior to the first class. Class 1 will begin with general guidelines about what our primary focus should be when approaching a new script. This will include looking at the text from different perspectives, taking a look at the language and style used, and starting to get a feel for how the words sound out loud as well. We’ll do our initial inspection of our two scripts in this class as well.
Workshop 2: Working on a Script
We’ll go over the next steps in developing our understanding of the text. It never stops, of course, even going into performance, but this is the time where we have to begin building on our foundation with a piece to go deeper into it. Here we’ll look at expanding our initial ideas and seeing how far we can take them. This is part of the process of expanding our understanding. This is that important stage when we begin to build the play.
Workshop 3: Getting Close to a Script
The more familiar we are with the script, the more we can start to trust our sense of it. And that means, getting rid of ideas we had that no longer fit in with our reading of it. It also means have to get down to solving those bits of it that we never really understood until now. One passage that still doesn’t make sense might mean that our there is still a huge thing to discover, and the closer we are to the text already the more it will make us crazy to realize there’s a huge chunk still missing. That’s ok, our previous work gives us that confidence to go all the way in and solve the puzzle.
Workshop 4: The Relationship Goes On
This is the most important final stage of script analysis: knowing it backwards and forwards and making sure it never becomes a fixed and stuck set of ideas. It’s a living thing, and how the actors live out the parts will continue to shape what the script means. It never stops or ceases to be important to wonder about how a certain passage might go, or how the lines could open up a new discovery even in performance during a run. Here’s where we need to know how to stick to our general interpretation and understanding while still leaving room for growth and discovery. This last class will cover how to keep the relationship alive!

Other Workshops by Peter Giser

“Absolutely loved the class. Peter is such a dedicated teacher like I have rarely seen in the arts.”

“Peter is an amazing, validating and talented teacher. He is always open to answering questions and he makes sure that everyone feels seen.” 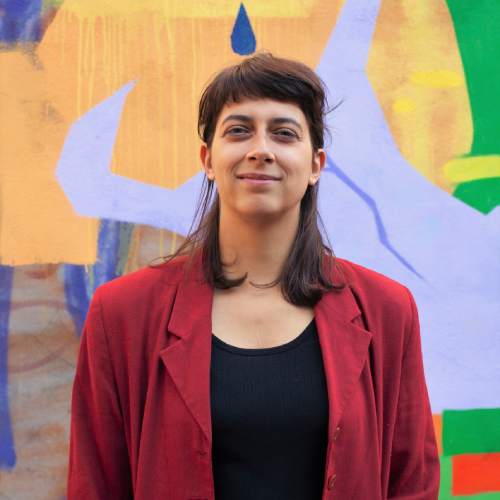